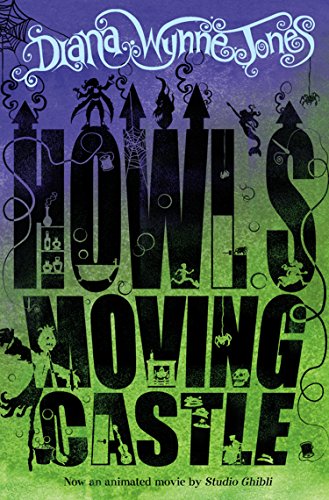 Synopsis: “How about making a bargain with me?” said the demon. “I’ll break your spell if you agree to break this contract I’m under.”

In the land of Ingary, where seven-league boots and cloaks of invisibility really exist, Sophie Hatter attracts the unwelcome attention of the Witch of the Waste, who puts a curse on her. Determined to make the best of things, Sophie travels to the one place where she might get help – the moving castle which hovers on the nearby hills.

But the castle belongs to the dreaded Wizard Howl whose appetite, they say, is satisfied only by the hearts of young girls…

How I Got It: I found it used online and purchased it on a whim.

When I Got It: Last year.

Why I Want to Read It: I’ve always been curious about the book behind the world-famous Ghibli movie. And with Ghibli movies now on Netflix, my interest has been rekindled! The book looks like a fairly swift read, so it might be one of the first things I pick up once I have access to my library again. Fun Fact: I bought a used copy, and the previous owner doodled cute little spiders on some of the pages! Adorable. I’m fascinated by used books and the traces their owners leave in them. Gives them a somewhat nostalgic touch.

Have you read this book? Any books sitting on your shelves you’re itching to read? Tell me about them in the comments!