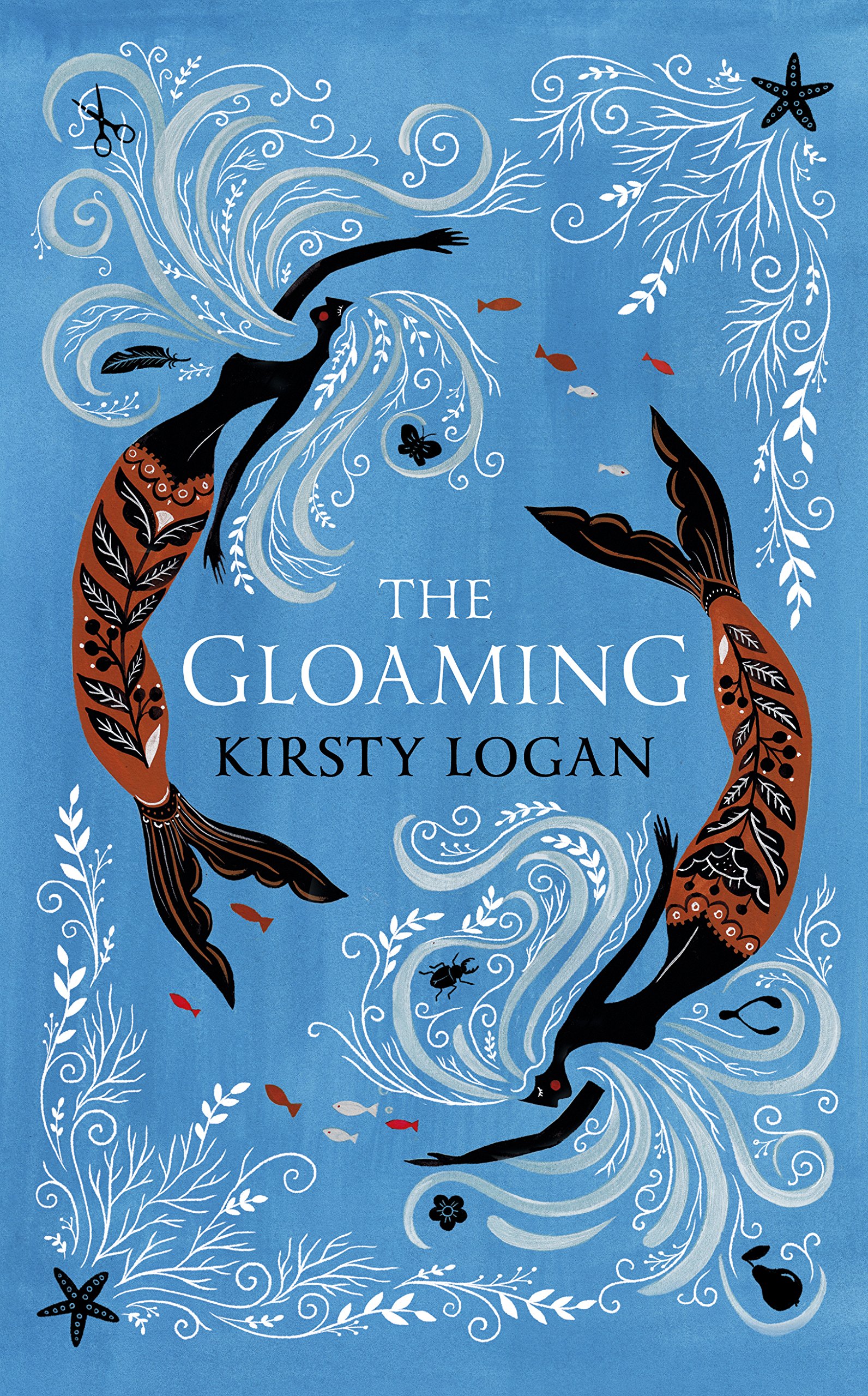 Mara’s island is one of stories and magic. She knows she’ll eventually end her days atop the cliff, turned to stone and gazing out at the horizon like all the villagers that went before her, drawn by the otherworldly call of the sea. Her whole family will be there too, even her brother Bee and her sister Islay.

But the island and the sea do what they want, and when they claim a price from her family, Mara’s world changes forever.

As years pass and Mara grows into herself and her scars, a chance meeting with the magnetic Pearl brings magic to life once more in ways that Mara never thought possible, in a story that she never would have dreamed for herself before.

I met the author, Kirsty Logan, at an event hosted by City University. I had read her collection of short stories The Rental Heart, which she signed for me! I also met her casually in my favourite coffee shop while I was writing my final project and shaking with the power of five iced coffees. Hopefully she didn’t think badly of me; I wish I could take three of those coffees back! She’s a lovely person as well as a great author, and encouraged me to keep writing my queer fantasy novel when I needed it. Following this encounter, I decided to put The Gloaming (which I purchased from indie bookshop Gay’s The Word!) on my reading list; what better time to review it than the present, when I’m on a sea-themed roll?

Ahead of her was only this: dozens of bodies turned to stone, and then the edge of the cliff. The glimmer of rocks. The lure and chew of the waves.
– The Gloaming

I’ve been describing this book to my friends as “Swedish/Northern Gothic” for lack of better terminology. It tackles themes like death, loss and isolation, but within a framework defined by love, family and identity. The language is highly evocative and sensual, plunging readers right into the setting and into the characters’ skins. The entire novel is steeped in an atmosphere dense with dark magic and folklore. Ultimately a love story, The Gloaming examines through magic and fairy tales how transformation is death and rebirth. Love, death and change are magic. The twist concerning the hidden narrator retrospectively added a beautiful other-worldly touch to the book, perfectly in line with its themes and tone.

Islay’s voice slid lower. “You said maybe this was dying. You said the sea will keep going, keep licking and licking at us until we were all gone. Until there was nothing of us but sunken bones, and then we would have to stay here forever.”
– The Gloaming

I identified with Mara the most. I’m not thin and elegant, or particularly beautiful, or without scars that seem to define me. I empathise with her desire for beauty, attention and freedom, as well as the endless frustration borne out of a harsher reality no one taught her how to cope with. Albeit shackled to the mansion by duty and loyalty, her flight is understandable and crucial in her character development. Cocooned inside her own fantasies, Mara loses sight of what is real and important, until the the last person keeping her on the island passes on and finally sets her free. She learns how to live in her own skin, losing the need to borrow someone else’s, and how to breathe in it. Her relationship with Pearl is something out of a dream, but is veiled by a dark shade of magic and uncertainty that made me uncomfortable and kept me on my toes.

However hard we try to make a deal with the world, the world hasn’t agreed. Nature can’t love us back.
– The Gloaming

The world-building is nebulous enough to make readers question what is real, what is magic, and what is a bit of both. I felt that this was particularly heightened by the non-linear narrative, which meshed together voices, past, present, and worlds alike. Edges are blurred, to the point that it’s hard to determine whether the story is meant to be received or interpreted. This was extremely exciting for me, as I took on an active role in the story and built my own understanding of loss, grief, identity, love and belonging. The morale of this fairytale is just for me, speaks only to me.

Reading The Gloaming was like holding my breath underwater until the sea entered me and I became a part of it, a meditative apnea ending in a sweet breath of air after bubbling back to the surface.

I struggled to write this section, as I can’t really find something I didn’t like about The Gloaming.

The characters are fundamentally unlikeable, in my opinion. They’re ultimately selfish and continue making mistakes in their attempts at escaping their nightmares. Peter is distant; Signe is stuck grieving and is blind to the needs of her girls; Islay abandons her family out of fear of confinement; Mara blindly chases after illusions, dreams and stories to escape a decaying reality instead of facing it. While it is true I identified the most with Mara, the entire cast does not present itself as particularly likeable. However. They are fascinating and feel real because they are deeply imperfect. They don’t need to be liked; they only need to be understood. Their fallibility is juxtaposed to Nature’s ancient perfection and unexplainable forces (magic) in a captivating story about love and death and how they are, in the end, two faces of the same coin.

In fewer words: I loved it because I hated it.

A part of me would have liked to see a chapter or two from Pearl’s point of view, in the same way Peter and Signe were examined, given how she becomes a central character. I would have liked to see her take up her own space, rather than appearing in function of Mara’s needs, Islay’s anger, or Signe’s diffidence. On the other hand, though, being seen constantly through the eyes of others lent Pearl a magical aura that fit perfectly within the novel and made her all the more bewitching. She remains suspended between two fairytales, two creatures that bring different dangers: selkie or siren?

Would I recommend this book? Yes, if you’re in the mood for a more introspective read.

Other books like this: Perhaps Geek Love by Katherine Dunn might be of interest: it offers a dark interpretation of love and family with a paranormal twist, too. Folk by Zoe Gilbert also brings in folklore and themes of isolation. Otherwise, do check out The Gracekeepers, the spiritual sequel to The Gloaming!
(Links redirect to Goodreads)

One thought on “The Gloaming – Book Review”